Shopping Cart
Your Cart is Empty
Quantity:
Subtotal
Taxes
Shipping
Total
There was an error with PayPalClick here to try again

Thank you for your business!You should be receiving an order confirmation from Paypal shortly.Exit Shopping Cart

Olympic Aviaries is a small scale breeding operation located 30 min SE of Calgary, AB. We specialize in breeding and raising quality Peach faced Lovebirds; as well as other Lovebird species. Extensive genetic research is done to match breeding pairs together that will produce beautiful, healthy chicks.

Our breeding season lasts from October to late May, and we do not believe in breeding more than 2 clutches a pair for every season. I do not breed any of my pairs through the months of June/July/August to accommodate my families vacation schedule. Availability and pricing for each mutation varies during each breeding season so please contact me or check out our For Sale page.

Servicing the areas surrounding Calgary, and Okotoks including but not limited to Airdrie, Turner Valley/Black Diamond, High River, and Red Deer. I or my husband are in the Edmonton and Lethbridge areas a few times a year. Shipping is available on our lovebirds at the expense of purchaser. 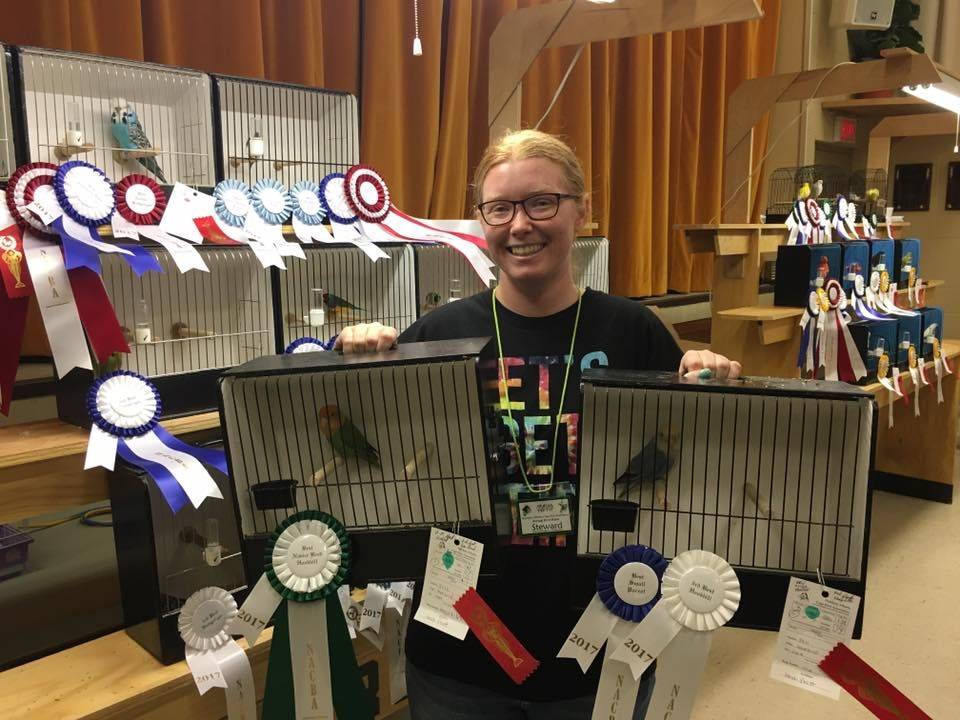 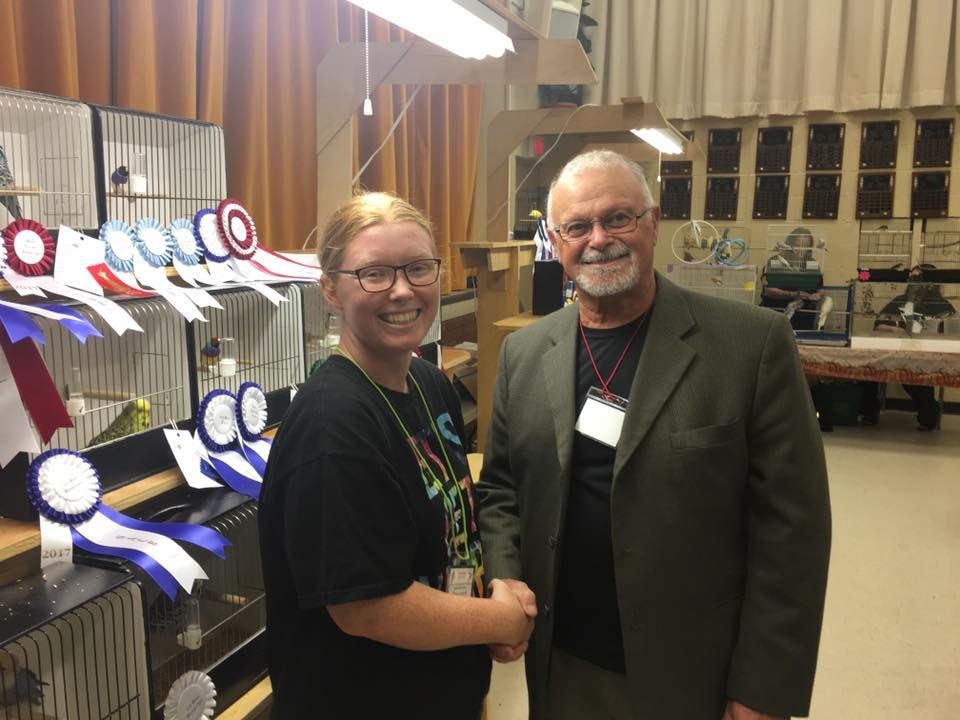 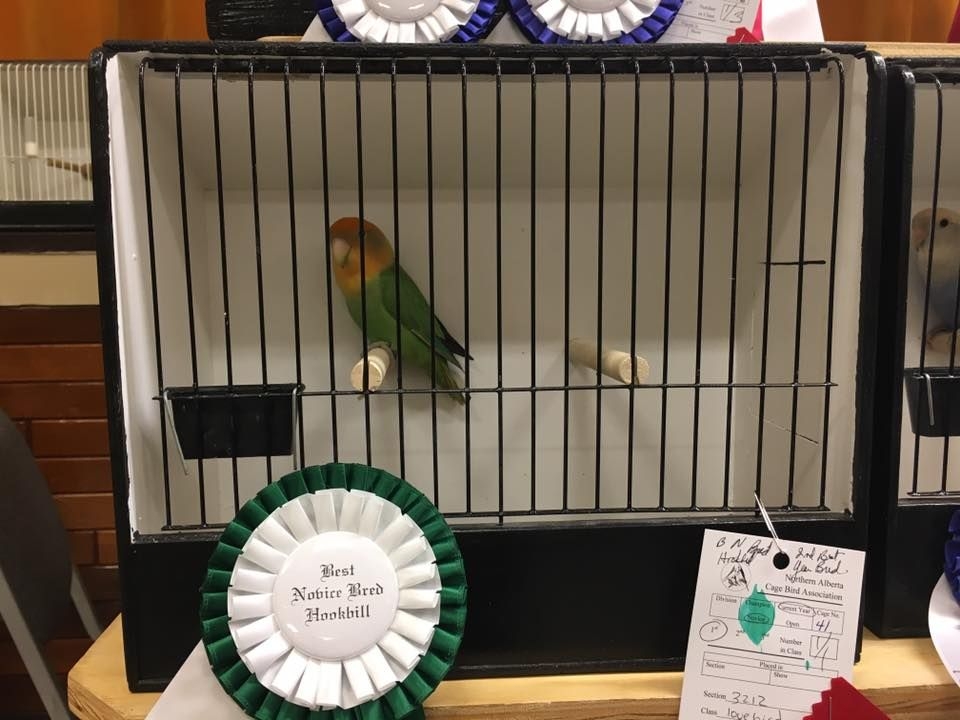 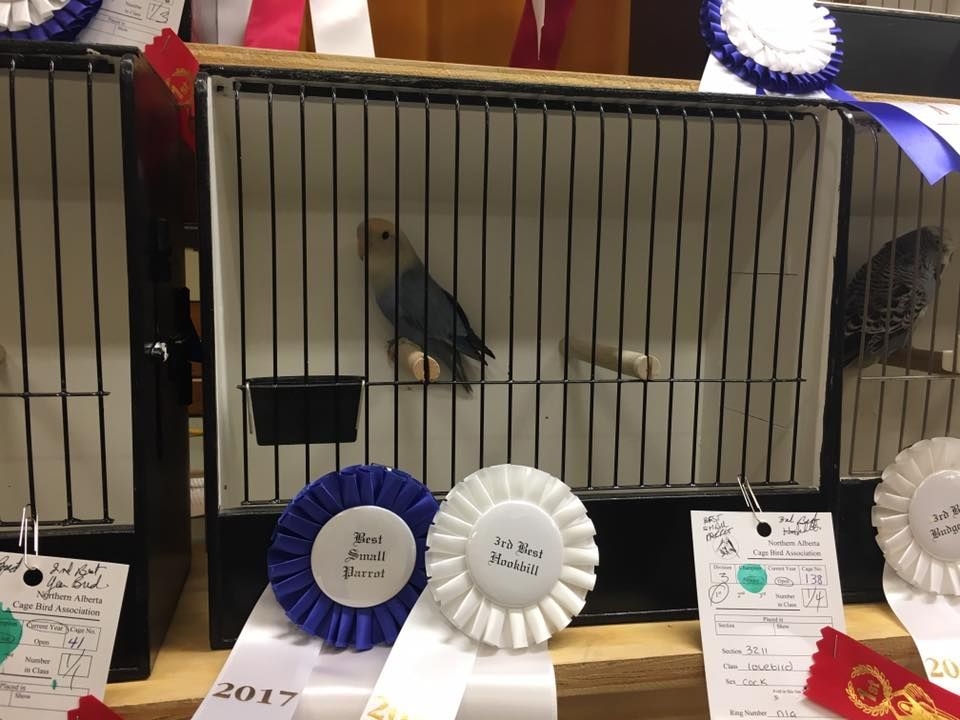 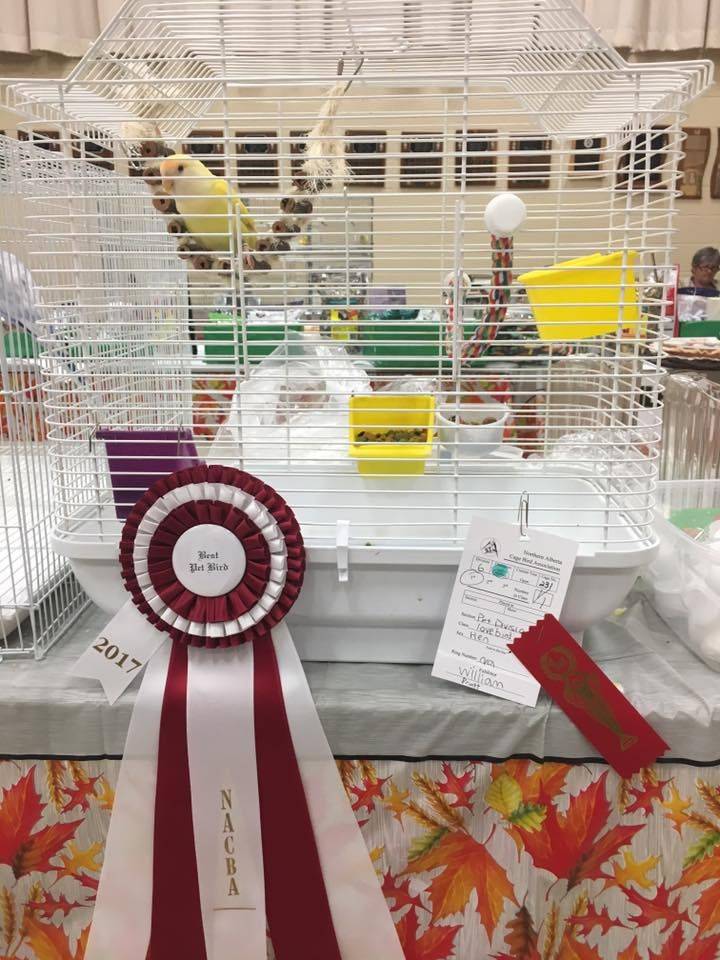 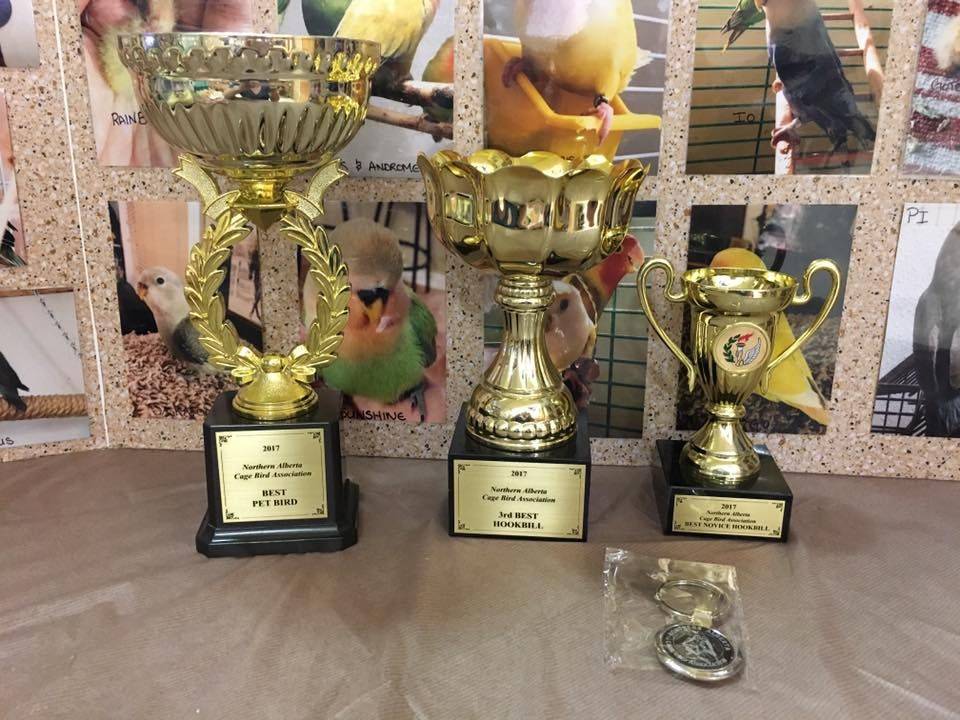 Wondering how and why we came to be?

What our philosophy is?

Read below for your answers, and if you have a question you don't see the answer to please don't hesitate to contact us!

How Olympic Aviaries came to be:

My name is Heidi Pratt and I own and run Olympic Aviaries with the help of my wonderful husband Daniel. We started keeping birds in 2008 with the purchase of a green singing finch/canary cross named Frankie, short for Frank Sinatra. The pet store that he was purchased from didn't know how old he was, but said he had been there for a long time. It was love at first sight and he quickly became a member of the family. Frankie was an extremely friendly bird, and loved attention. He sang non-stop during the day, starting from the crack of dawn until dusk, and loved to try and out-sing the TV or the stereo if it was playing. Sadly, Frankie passed away after only six months from unknown causes.

A few months after Frankie's death we were in another pet store buying cat food when two Zebra finches caught Dan's eye. One was a white male whom we named Zeus and the other was a penguin female whom we named Hera. A few months after purchasing them eggs were discovered in their nest, and a few weeks after that chicks!! Sadly, like most new bird parents their first clutch of babies didn't survive, but when allowed to try again a few months later, their chicks all survive to adult-hood. It was with the successful raising of this clutch that I discovered how much I loved birds, and enjoyed watching their young grow, learn to fly, and molt into their adult colors. While my knowledge of birds was only rudimentary at the time Zeus, and Hera went on to raise several more clutches over the years.

For the next 5 years we continued to occasional breed Zeus and Hera, and my pair of green singing finches 'the momma' and Frankie II, whom I bought in 2010. For a short period of time I had a pair of pumpkin faced star finches but they turned out to be too similar in color to my green singing finches and it was causing tension in the aviary. I sold them to another local breeder who had several other pumpkin faced stars.

It wasn't until the passing of my horse, whom I had known and shown for close to 20 years, in November of 2013 that I decided to expand and turn my love of birds into something more.

Each of our birds are important to us and have their own varying and unique personalities. They all have certain likes and dislikes, good days and bad. In keeping with our name most of our birds are given a name based on a Greek God, Goddess, or mythical creature (except for the birds named by my 6 year old son,or my husband Daniel) as an identifier.

While we enjoy breeding our birds, they are not 'breeding machines', and their health is paramount. All our birds are fed a balanced diet (proportions of each of the following shown below) of fortified Zupreem breeder pellets, lovebird seed mix, Ce-De dried egg food, Parrot Mix, dried greens, fresh red/white millet and dried spray millet, fresh fruit and veggies, and fresh water which is changed daily. They also have free access to cuttle bone, and while breeding a mixture of sprouted white/red millet, several edible flowers, dried greens, and hemp seeds which I make myself. Vitamins, especially vitamin D3, which most cage birds are deficient in are provided on an as needed basis.

Each bird is bred to a maximum of 2 times per year with at least a month rest in between clutches. Depending on the color mutations I'm working on in any given year some birds may be bred less than others. I consider each and every one of our birds part of the family and treat them as such. Dan often complains that the birds eat better than we do.

I am a member in good standing and the Rings Secretary of the Royal Alberta Caged Bird Club and in the fall of 2015 hope to be able to start showing a few of my birds with other members of the club. Please check our 'news' section on the home page for upcoming shows and our results.

While not quite complete we wanted to get some photos of our new facility up as soon as we could. We still have one more flight to build, as finances permit (the area that is still orange on the walls), and the lighting is by no means finished but we are extremely happy with what we have done to date and so are the birds!

In order to maintain the health of our birds our facility is not open to the pubic. We keep a closed door policy on our aviary in order to prevent the general public from unknowingly bringing in diseases that could devastate our flock. With that being said, we do recognize that most people want to know where their birds are being purchased from, and what the state of cleanliness is.

In the photos below I have not cleaned just to take pretty photos. This is the level of cleanliness that our aviary is kept, at all times. Cleanliness and a closed door policy is essential in order to keep the health of our birds at it's peak.

We hope for your understanding on this matter.